> Taken from our LIVE40 acoustic gig

Merry Christmas to all of you, take care ❤️

'Song For A Dream'

'3SEX', ft. Christine and the Queens

> Taken from our acoustic LIVE40 concert 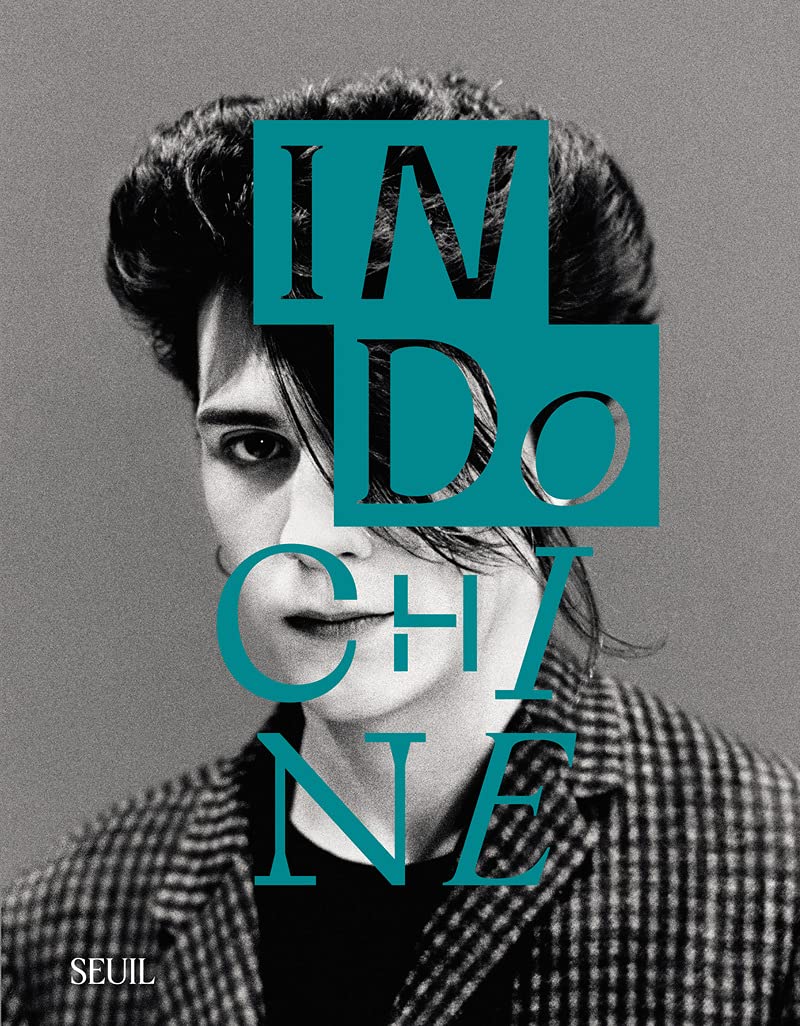 September 29, 1981, Indochine, which has just been formed, goes on stage at the Rose Bonbon. It is the starting point of the band which knew, 40 years during, to renew itself and to attract fans of all the generations. For example, 3e Sexe, which tackled gender issues as early as 1985, has just reached the top of the charts thanks to its new version, featuring Christine and the Queens. And their latest album, “Singles Collection”, has sold +500,000 copies.

What are the reasons of this success? This is the question that this book explores, going back to the sources of the band until today. Including interviews with those who wrote the band history, and to the diaries of Nicola Sirkis, who reveals himself here as never before. The book is built around Indochine’s thirteen albums, each chapter telling the genesis of an album, the great events, disputes, meetings, recording and writing sessions, anecdotes that marked the creation. The very personal tone and the photos that illustrate it make it a unique, lively book. The undeniable reference on Indochine.

Nicola Sirkis is the singer-songwriter and founding member of the band. Rafaëlle Hirsch-Doran is a journalist. Her encounter with Indochine, at the age of 11, was a shock. She was chosen by Nicola Sirkis to write this book because she is undoubtedly one of those who knows the band best. She is also the author of a feature documentary on Indochine, which will be released in 2022.
–
Indochine has been consecrated as France’s favorite rock band (Le Parisien). It attracts fans of all generations, and has sold +500,000 tickets for the upocoming Central Tour, in less than two days.

It is the first time that Nicola Sirkis signs and carries a book about his band.

All those who wrote the history of the band, and who sometimes never spoke, have been interviewed: Nicola Sirkis himself, his mother, the successive members of the band, but also Xavier Dolan, Christine and the Queens, Asia Argento, the sound engineers, Jaco von Dormael, Mickey 3D, Marc Caro, etc.

At 7:10 pm, this live will be followed by an Afterparty during which Nicola and oLi will answer your questions! (exclusively for YouTube Music and YouTube Premium members – 1 month free trial for all new subscribers).

#LIVE40 : September 29, 1981 – Septembre 29, 2021. To celebrate Indochine’s 40th anniversary, we invite you tomorrow, from 6pm on YouTube, for a free livestreamed unreleased concert!
At 7:10pm, this live performance will be followed by an Afterparty during which Nicola and oLi will answer your questions! (Afterparty exclusively for YouTube Music and YouTube Premium members – free for 1 month for all new subscribers).
> You can now create a reminder on the video stream to be notified of the beginning of this exceptional live, and ask your questions for the Afterparty in comments on our networks!

1
We use cookies on our website for its proper functioning and for audience measurement purposes in order to offer you an improved and personalized visit experience. By clicking on "Accept all", you consent to the use of all cookies placed on our site. By clicking on "Refuse all", only cookies strictly necessary for the operation of the site and its security will be used. To choose or modify your cookie preferences as well as withdraw your consent at any time, click on "Personalize your cookies" or on the "Cookies" link at the bottom of the screen. To find out more about the cookies and personal data we use: lire notre politique de confidentialité
ALLOW ALL COOKIESREFUSE ALL COOKIES
Manage your cookies
About all the available settings

We use cookies on our website for its good functioning and for measuring the audience of the website in order to provide you a more personalized and improved experience on our website. Amongst these cookies, those in the “Necessary category” are stored in your browser because they are necessary to provide a normal and basic functioning of our website. The cookies of other categories will only be stored on your browser if you gave your consent. You can choose to enable or disable any single cookies category hereunder.

Necessary Always Enabled
Necessary cookies are crucial for the basic functions of the website and the website will not work in its intended way without them. These cookies do not store any personally identifiable data.
Analytics
Analytical cookies are used to understand how visitors interact with the website. These cookies help provide information on metrics the number of visitors, bounce rate, traffic source, etc.
Advertisement
Advertisement cookies are used to provide visitors with relevant ads and marketing campaigns. These cookies track visitors across websites and collect information to provide customized ads.
SAVE & ACCEPT
Cookies